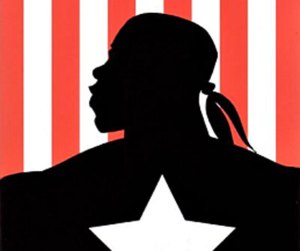 In January, Hollywood released a movie about the life and times of a true American hero.  This movie vividly showed his struggle with securing the blessings of liberty and democracy at the expense of a life at home with his wife and children.  It displayed for all Great Americans to see in its full splendor of how this Legendary American lead an army of true Americans to fight against tyranny and to teach us all that this country has so much to be thankful for to those that fought for our freedom.  It shined a bright light on how we think about true American heroes and how this country has treated them.  When we think about American heroes and all they have done for this country, it is movies like this that comes to the forefront of our consciousness and I for one am truly grateful that this man has served our nation.

I am not talking about American Sniper.  This is not about Chris Kyle.

This week, Fifty years ago, after being invited to lead the Voting Rights Campaign in Dallas County, Alabama, Martin Luther King, Jr. and Ralph Abernathy stepped up their campaign to end unjust discriminatory actions that denied Black residents of Alabama the right to vote.  This would precipitate one of the most historic showdowns in American history at the Edmund Pettus Bridge in Selma, Alabama.  After millions of Americans watched in horror as protesters attempting to cross the bridge were met with violence in what is known as “Bloody Sunday”, Dr. King would eventually lead another successful march across that very bridge to reach the state capitol in Montgomery.  In the interim, a protest that was lead by and involved only several hundred Black Americans shifted to a rally of thousands across several races, religions, cultures and ideologies.  By the end of the summer, the Voting Rights Act of 1965 was signed into law and the fruits of Dr. King’s efforts, along with the struggles the dozens of Civil Rights activist with him had finally found success.  Ava DuVernay’s Selma is as great of a film about true American heroics and the fight for freedom as we’ll ever see.  And in the grand scheme of things, it is aggressively more American than the story of a single American soldier.  What Martin Luther King accomplished, no single soldier or even an army of soldiers could ever accomplish alone.  Dr. King was able to help bring rights to thousands.  He was able to give dignity to millions.  And he commanded the respect of billions.

From an early age, through school, family or society, we are taught about the arch-types that we ascribe to those that fought for our freedom, those that we call “American heroes”.  Whether it’s the “Founding Fathers” or the “Greatest Generation” or the aforementioned “American Sniper”, Chris Kyle, these are the people that most Americans would typically ascribe as heroic and the ones we thank for our freedom and security.  As a Black man in America, when I think of the men that I feel most thankful for giving me my rights and freedoms, the names that come to mind are Martin Luther King, Malcolm X, Fredrick Douglass, W.E.B. DuBois, Medgar Evers and Booker T. Washington.  If it weren’t for these men, I would NOT have the freedoms and rights I’m thankful to have today.  Those are my heroes.  They actually are every bit of the hero that a Chris Kyle, Louie Zamperini or Samuel Adams are.  But that’s not the lens most Americans see them through.

Americans are conditioned early to recognize the heroics of a soldier and identify with those actions.  Not nearly as quick they are to recognize the actions of Social and Civil rights leaders and the heroism it takes to do what what needed to be done in this country.  Yes, we are taught about who these people are, but do our children really internalize why these people are?  I watched Selma and saw a story, a universal message that should be taught to all.  I saw a man, that in his time, was seen as controversial as he was heroic.  With one trying to change the order of things, and the way traditional America looked, those in power wanted to do all they could to prevent this from happening.  And as was the case, the counter intelligence programs run by the FBI tried to undermine the Dr. King, the leader of the movement, and with it de-legitimize the entire movement itself.  This is something America has done to many.  And often has been the case, an effort to kill the message by killing the messenger has worked.  But as much as it has worked against leaders of the Civil Rights Movement and the most vocal supporters of social progression even today, to question Chris Kyle calling those he killed “savages” or to criticize Omar Bradley’s legacy due to crass treatment of soldiers suffering from PTSD, one would be seen as unpatriotic.  Yet today, we denigrate modern visages of progress and fairness as “race hustlers” and “race-baitors” that “play the race card” for their own personal gain.  Given our current culture of social relativism, I am thoroughly convinced if Martin Luther King were alive today he would be afforded the same such courtesy.   Oddly enough, if Chris Kyle served during Dr. King’s life, he would be treated as every other soldier was at the time, which is quite less heroic than he’s portrayed as in American Sniper.

26 years ago the Hip-Hop group Public Enemy released a song, Fight The Power, where the lead artist, Chuck D, mentioned his distaste for, Elvis Presley and John Wayne, those we typically ascribe heroic status to in America saying “Most of my heroes don’t appear on no stamps.”  This was a notable reaction to lack of black faces revered by mainstream America in the way they hold typical American heroes in high regard.  It is in this light that I feel the American public saw in American Sniper that they did not see in Selma.  These two competing movies that were release in as many weeks apart, were as different as the two men’s lives they portrayed.  Chris Kyle was one soldier of thousands that served in Iraq.  Martin Luther King Jr. lead millions that could as easily gain the audience of the President of the United States of America.  Chris Kyle claimed he killed hundreds. Martin Luther King taught peaceful co-existence to thousands.  Chris Kyle’s weapon of choice was a rifle.  Martin Luther King’s weapon of choice was love and non-violence.  Chris Kyle fought for freedom and democracy thousands of miles away.  Martin Luther King fought for our freedom and democracy right in our own backyard.  American Sniper has received a lot of attention and awards.  It should, I take nothing away from the movie.  However, make no mistake, Selma and the portrayal of Dr. King’s struggle to bring equality to this country is as American as cherry pie.  He, and others like him, fought and died to make this country a better place not just for some of us, but for ALL Americans.  You don’t get anymore heroic than that.