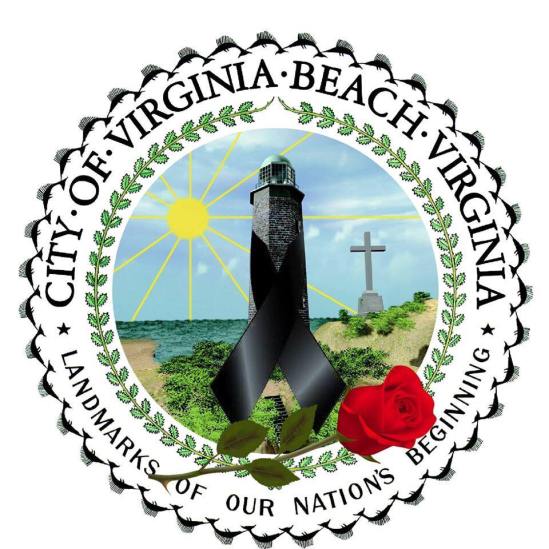 It’s been a few days and I’m still struggling on how to wrap my mind around what has happened. Trying to make sense of something entirely senseless. But there’s no way I can stay silent about what has happened. Not here. Not now.

There might be those that read this and know me. For as much and as long as I have worked in politics, and traveled throughout this state and country, I’m inevitably asked, where am I from. I often answer “Hampton Roads”, which is as about an apt description as it can get for someone like me. I was physically born in Portsmouth, my father’s hometown. The first city I lived in as a child was in Norfolk, my mom’s hometown. My first memories of Virginia are of living in Chesapeake. My first professional job and responsibility in politics was working in Newport News and Hampton. But the city that I consider home, where I was raised, educated and socialized and currently live and work is Virginia Beach.

But watching the news about what happened on Friday, it’s hard to describe what this city, what the area looks like.Virginia Beach is indeed the largest city in the state of Virginia. At nearly 500,000 residents, the media has used words like “small town” and “community” to describe our city. And there is validity to this. Looking back at our city’s history, sixty years ago, Virginia Beach was far smaller, not just in terms of population, but in area as well. It was just the resort city on the eastern shore of Princess Anne County. However, after a merger in 1963, the two merged and the existing county became the entire city at large. And over the next 56 years since that time, Virginia Beach has changed dramatically in terms of our cityscape. When I actually tell people I’m from Virginia Beach, they think “Oh that’s cool, to live right there on the beach.” The reality is I’ve never really lived near the beach at all. I live on the other side of the former county, the part of the city closest to Norfolk and Chesapeake, which is no less than a 20-25 minute drive away from the Atlantic Ocean, that’s without traffic. Virginia Beach has developed a  lot in the western part of the city. So much so that our “downtown” area(still rather stick out like a sore thumb to many longtime residents), the Town Center, which is thought to be the most centralized part of the city, is more north and east geographically considering.

Now, even though Town Center and the urban development that has come with it is effectively the heart of the city, Virginia Beach was still run from the same area which was the original municipal center from the original city. Which to many residents is far removed from practically any where else in the city. But it is, for lack of a better term, the brain and nerve center of Virginia Beach. It’s where the city is run. Not just the city council, but also the school board is found here and the courthouse, the city manager, registrar and yes, the Virginia Beach Police headquarters is practically across the street from the Virginia Beach Operations Building where DeWayne Craddock walked into and shot 16 people, killing 12.

Now, Virginia Beach has prided itself on being not just one of the best cities in the state, but among the best in the country. One of the best to start a business, to raise a family. Comparatively speaking, we’re not afflicted by many of the urban troubles of neighboring cities and frankly, there’s kind of a feeling of having a raised nose about it and I’m okay with it. However, we’ve had our share of blight and bad days. But nothing like this. Virginia Beach now joins other cities like Charleston, Las Vegas, Pittsburgh, San Bernadino, Aurora and Littleton, Colorado, Newtown, Connecticut, Parkland and Orlando Florida, and another city on the other side of the state of Virginia, Blacksburg. These cities now touched by, not simply gun violence, which we’re all quite familiar with, but with multiple persons being shot and killed by a single unprovoked shooter. And time after time that this happens, it becomes less random and more routine. The same routine.

And with the details still coming in, it’s hard to imagine what it was like, but with the frequency of these tragedies, if you’re not thinking about what could have been done to prevent these or the measure of dedication it took into stopping this, then I don’t know what to say. DeWayne Craddock, after shooting someone in their vehicle with a firearm armed with an extended magazine and silencer, he proceeded into the Operations Building where he worked and indiscriminately began shooting. The attack started almost ten minutes after 4 p.m. It would take another 25 to 30 minutes for the police to find and confront Craddock. From there, Croddock engaged the police in a shootout that lasted from five to ten minutes. In comparison, the most famous gun fight in American history at the O.K. Coral was only 30 seconds long.

So in all, DeWayne Craddock takes nearly 30 minutes to go through an entire building shooting indiscriminately, nonstop until the police come and he then engages in a firefight longer than the time it takes to read this essay. While it is a small miracle that the police arrived within minutes, the police are headquartered within 200 yards of the operations building. They could have ran there faster than driving. And he was still able to hold them off for at least five minutes, which is on top of the at least twenty minutes it took to find him.

DeWayne Craddock was well armed. He had an unGodly amount of ammunition. And he had nothing but the deadliest of intentions. As much as there are those that are thankful that the police were literally right there an quick to respond, Craddock was still able to shoot 16 people in nearly forty minutes of sustained shooting. It should not have been more than one. And it didn’t have to be.

We need to have a conversation about our firearm laws. We need to have that conversation NOW! But time after time this happens, we get in the same routine. Say the same things. But we can’t keep doing this. There is no more time to waste. We have to act now, but there are those who insist that now is the time to wait. Within hours of the shooting, our former Congressman, Scott Taylor was on air telling a CNN anchor that “now is not the time to talk about our gun laws.” Meanwhile, as of my writing this, 53 people in Hampton Roads have been shot since the start of Memorial Day weekend. What could we possibly be waiting for? And if waiting isn’t enough, there are also those voices that, right now, are saying there could be no law that would have prevented this particular shooting. Over the weekend, White House Chief of Staff, Mick Mulvaney repeated on Meet the Press the same line of logic that even though we have laws that make murder illegal, people still do it, and so laws do not fix everything. Of course they don’t! They’re not MADE to fix everything. They’re made to punish those who break them.

In every other instance, in almost any other time we’ve responded. Depression Era gangsters brazenly have machine gun fueled shootouts in the public. Within a few years the National Firearms Act is passed. Two of the greatest icons in in civil rights and civic life are shot and killed within months and by the end of that very year the Gun Control Act is passed. A president and his staffer are shot in broad daylight and while it took some time, the Brady Bill is passed because of that staffer. But bigger than gun violence, we always demand response to tragedy. Those who can act and have a responsibility to act must do more than pray and delay. The Japanese bomb Pearl Harbor and less than 24 hours later, President Roosevelt is declaring war. Was that too soon? Did anyone tell him that it wasn’t the time to talk about declaring war on Japan or protecting American life at any point during those 24 hours? Or when terrorist hijacked planes and flew them into the Pentagon and the World Trade Center. Three days later Congress unanimously responded with authorization. Should they have waited longer?

More intimately, on October 12th of 2000, when a banana boat launches into the U.S.S. Cole and claimed my brother’s life, no one would have dared to tell me on October 13th. that it was “too soon” to talk about justice for my brother’s life and preventing such attacks from ever happening again. Fact of the matter is that it was FAR too late. And we cannot continue to do this. It is that kind of pray and delay mentality that only invites more tragedy. While it’s meaningful to be in the thoughts of those who are removed, who have no power to change the laws, we expect action from those who can change laws and protect lives. Because when they wait, when we waste time, another community is a one less day away from being the next Virginia Beach. And when it happens, time is not the only thing that is lost.