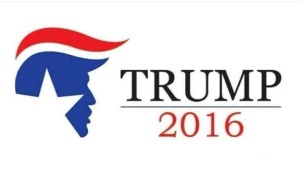 We need to have a talk about Donald Trump and his 2016 candidacy for President.  I hear what many of you are saying and how you feel about the multitude of candidates you have running for your Party’s nomination.  But your actions speak louder than words and your words betray your thoughts.  We are coming up on two months since Trump has officially announced that he’s a candidate for our nation’s highest office back in June.  And those two months have been wrought with badgering, insults, brutish and boastful behavior that he has yet to back down from or apologize for.

To quickly rundown the list of statements and behaviors made by Trump, starting with his announcement on June 16th, he claimed that Mexico is sending rapist, among other criminals, bringing illegal drugs among many other problems.  In the same kick-off speech, he goes on to say how he would beat China, complain about Obamacare, ISIS and our steadily declining unemployment rate, which he seem to not know has dropped by any reasonable metric.  By the end of that same day however, he reiterated his unrealistic demand to force Mexico to build a wall on the border, forcing them to pay for it and “behave”.  By the following month, at the Family Leadership Summit in Iowa, he told a crowd that John McCain is not a war hero or only became a war hero because he got captured, which he did not think was worth admiration.  A few days later he would blame Senator McCain for the deplorable state of veteran care in America.  Prior to the first Republican debate, he defended a claim he made last year about Americans not willing to elect another African-American President because of Barack Obama(because we’re all the same, of course), by saying President Obama has done nothing for African-Americans and our income levels, unemployment levels are the worst ever.  All of which is absolutely untrue, but he says it unchecked and unsourced.  And then, at the Republican debate last week, when confronted with his disgusting and hurtful language degrading women and his stated positions supporting abortion, Hillary Clinton and universal health care, he defends his actions and by the next day blaming moderator and question-asker Megyn Kelly insisting that she had blood coming out of her eyes and out her “wherever”, claming she was emotionally unstable.  All of this comes on top of his typical behaviors of bullying and insulting reporters and other candidates alike and after years of not simply being critical of President Obama but continually doubting his validity to even been President or EVEN an American citizen.

To succinctly put it:  Donald Trump is an asshole.  You know this.  He is definitely not Your Friendly Neighborhood Presidential Candidate.  However, with all that said, I continually hear from my conservative friends that you not only agree that Trump is all I say he is but claim to not be supporting him for President.  And with that said, Donald Trump is still leading in nearly every poll in the Republican Primaries.  Trump is solidly in lead even after all of the insults and taunts that most sane people would shun immediately.  He still leads in New Hampshire.  He’s taken the lead in Iowa.  He has lead every national poll since the beginning of July.  I’ve heard Republican friends tell me you’re supporting Marco Rubio.  I’ve heard you tell me you’re supporting Carly Fiorina.  I’ve heard you tell me you’re supporting Rand Paul or Ben Carson or Scott Walker… yet Donald Trump is STILL in the lead.

So knowing all that I have just explained, I am convinced that rather I am being lied to or you are lying to yourselves.  But the worse part about this all isn’t simply Donald Trump being an asshole while still being the most favored Republican candidate(not saying the two are linked(no seriously(but you gotta admit it’s a pretty amazing coincidence(that the favorite candidate among Republicans is an asshole)))), but the worst part is that he has absolutely no idea what he’s talking about!  He’s too wrong on issues, offering harmfully little depth in any of his claims.  It’s not just a disagreement on principle.  He just doesn’t know what he’s talking about overall.  Just yesterday he claimed that he could simplify the tax code to put H&R Block out of business?  Well, how?  How in the world does he think he can possibly do that?  Going back to his bogus claim that he’s going to force Mexico to build a wall on the border. It would be hard enough to explain how he’s going to get that done himself, but what in God’s name makes him think he can force another country to do something they don’t want to do?  Sanctions?  Make the Mexican government struggle even harder to provide for their people, which will inevitable make more want to come here for better opportunities?  That would exacerbate an immigration problem he think he’s solving.

Trump has said a lot while saying nothing at all.  Yet, he finds a level of support that’s hardly ever seen for anyone with such a woeful lack of experience and dearth of any civility and accountability that we demand from our leaders.  But all I hear from those that DO support him is “he speaks his mind” and “tells the truth”.  Even though he’s not.  But that doesn’t stop anyone from supporting him.  He might speak his mind, but why is this a good thing?  In Trump’s case, it’s better to remain silent and thought to be a fool, than to speak and remove all doubt.  His supporters are under the impression that because he’s not a career politician that he’s not corrupt and can say or do whatever it takes to “get the job done”.  The problem with this perception is a false narrative on the premise that he’s not an elected official and has his hands clean of the politics as usual.  On the contrary, Donald Trump has been involved in politics longer than many of the current candidates for president.  Since 1990 he’s given to a variety of candidates, many of whom some VERY prominent Democrats(Charles Rangel, Chuck Schumer, John Kerry, Ted Kennedy and Harry Reid to name a few).  In fact, during the course of his financial support to Democrats, he’s also supported them ideologically as well, in regards to abortion, healthcare and gun control.  Hell, on many of these issues, Trump was more liberal than I was up until a month ago.  Some may think he’s not the type of career politician that’s beholden to special interest and owes no favors, but the reality is he IS the special interest our politicians are beholden to.  Donald Trump is the very type that creates the narrative which we constantly blame political leaders for.  It’s donors like Trump that involves themselves in the political process and force their agenda on the rest of us with higher and higher dollar amounts.  And Trump has made no secret of his wealth and influence on politicians.  But he’s so unsoiled.  Or we’re lead to believe.

Donald Trump and his supporters are under some impression that once he’s able to become president he will save America.  Never mind the fact that he has no serious path to get there, but unless he crowns himself king or expect the nation to forget about the gaping asshole he’s been for the last five years, he’s going find out exactly what keeping it real really means in politics.  You don’t win without the support of those in the middle and you can’t govern without any support from those that oppose you.  That’s not how this works.  Ask our last two presidents.  And they, for the most part, weren’t gaping assholes that went out their way to insult anyone that would think a negative thought of them.  Trump believes that his will is enough to convince people to ignore his less than stellar demeanor that has turned off even the most staunchest of conservatives.  In two short months Donald Trump has made a mockery of the Republican Party and of the process itself.  We’ve often boosted celebrity candidates that are the flavor of the month like a Rudy Giuliani and Fred Thompson, but they ultimately fizzle out.  Donald Trump shouldn’t be any different.  Fact of the matter is, his vulgarity and flimsy grasp on technicalities should hasten his decline.  However, there has been nothing he has said or done to have yet caused this to happen.  It has possibly strengthened it unfortunately.  And my conservative friends, you have to come to grips with the monster you’ve created and the beast you keep on feeding.  No matter how much you pretend to ignore him or to detest him.  Contrary to what many Democrats may believe, you actually do have a number of candidates that can when a general election.  Donald Trump is not one of them.  I know that.  You know that.  But he still there.  You have to take responsbility for this.  Or at least explain why your party so strongly supports a deplorable human being like Donald Trump.  Yeah he speaks plainly and taps into anger of the electorate.  So does that guy from high school that still think’s Obama is the communist, muslim anti-christ that decorates your Facebook feed with outlandish articles every other day.  That don’t mean you take those jokers seriously.  So why is Donald Trump any different?  He’s the Emperor with no clothes.  He’s the wizard behind the curtain.  He’s the iceberg in front of the Titanic.  Except he’s just the tip of an iceberg with nothing beneath the surface of the ocean.  Now, I understand you must me feeling a certain way about all this.  But Trump is your front-runner.  You have to take responsibility for that.  If he wins your nomination, he will eat your party alive.  If he loses the nomination, he won’t go away, but he’ll stick around to take the air out of the room.  We all know he can’t win against a Democratic nominee, like Hillary Clinton.  But he can cause the Republican Party to lose.  Is that really what you want?  If so, by all means, keep doing what you’re doing.  Democrats are fine with it.  If not, stop pretending Donald Trump and all his ignorance is that marginalized protest candidate that can’t win and realize what he’s doing to your party.

If you really want to win the 2016 Presidential Election, you must stop Donald Trump.  Or the Democrats will do both.