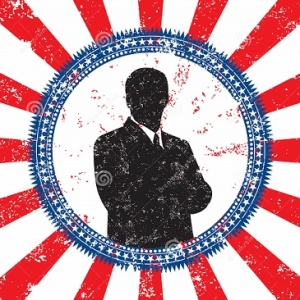 We are a month clear from when America decided to take the Thelma and Louise tour of the Grand Canyon and effectively elect Lex Luthor with a worse head of hair as our president.  And no matter how many times I tell myself we are in a parallel Earth, this world will keep on spinning.  Especially in the world of U.S. politics and elections.  Where we have not even completed our favorite post-electoral past time of counting votes in Florida before the Democratic Party has engaged in their own post-electoral analysis of their party, their candidate and their future.  We’ve barely taken the last yard sign out of the last yard of the 2016 election before we’ve turned our attention to the 2020 election and who the Democratic Nominee should be.

But before we can do that, we have to take a quick look at what went wrong.  Hillary Clinton’s loss can be and has been attributed to a variety of reasons.  Most analysis have pointed to a lack of effort to shore up the support of the “white working class” vote, particularly in the three states that were the “Democratic Firewall” of Pennsylvania, Michigan and Wisconsin.  Others have blamed a lack of excitement of her candidacy that couldn’t drive out voters to sustain her loses in swing states like Florida, North Carolina and Ohio.

The reality is there were a number of factors that were completely out of her control.  Ranging from Low-information voters, who were inclined to believe the worse about her when given a particular narrative or being the “Experience Candidate” in a “Change Election” which also hurt as well.

That said, I’ve looked at what the Democratic Party and their candidates can control to optimize their chances in 2020.  There are five main qualities, which contributed to the 2016 outcome that also has to be in the forefront of Democratic voters’ attention over the next four years:  1) Age.  Hillary Clinton was a throwback to a past generation in a party that continues to embrace the politics of the next generation.  2)  Communication.  Hillary Clinton will tell you that she is not the kind of communicator that Bill Clinton or Barack Obama is.  Being a good and effective communicator will not only generate excitement, but will also allow you to connect with a diverse electorate, which is absolutely CRITICAL. 3)  Progressive.  The Democratic Party has embraced along with a new generation of voters, a new politics that is reflective of that generation.  This is why candidates like Bernie Sanders, Barack Obama and even Howard Dean were as popular as they were.  4) Outsider.  Hillary Clinton was as much of an insider and “establishment” as there could be.  Clearly losing to someone with ZERO elected experience shows experience wasn’t the be all we thought it would be or should.  5) Trust.  This was her biggest hurdle.  If there was one reason voters reneged on their common sense and voted for a bottomless pit of ignorance that’s the President-Elect wasn’t because he was a better candidate.  It was because she was seen as “corrupt” or shady, if not just simply criminal.  Almost none of it was at all true, but perception is often reality and that was her reality.

The candidates I have listed exude these qualities and some are on the fast track to national politics, if they are not there already.  But there are some names not on this list.  You won’t see Bernie Sanders, Elizabeth Warren, (the recently announced) Joe Biden or Tim Kaine.  As talked about as they have been, it’s hard for me to imagine the Democratic Party turning to someone in their 70s to carry the party to 2028 and beyond.  Moreover, the Democratic Party will definitely need someone to reflect not just the politics of the party, but the face of the party as well and that face is becoming more younger and more diverse.  But without further adieu, using those metrics, these five individuals have best chances for winning the Democratic Nomination in 2020. 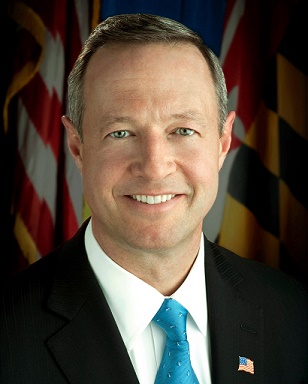 The former Governor of Maryland, Martin O’Malley will be 57 years old on November 3, 2020.  Outside of being the two-term governor of Maryland, O’Malley also served as the two-term Mayor of Baltimore and chaired the Democratic Governors Association as well.  O’Malley often toted(correctly) that everything Democrats like, he was able to accomplish as Governor.  And quite frankly, being a white Mayor elected in a heavily African-American city, not only should say he’s solidly progressive, but can communicate to those not thought to be his base.  Sadly, it is that fact that might be his largest detriment as well.  His mayorial election could have been seen much like this current presidential election, as a last gasp of an electorate losing it’s power.  And given how rather tone-deaf he has been about Black issues and culture, despite being the mayor of Baltimore, that could also hurt as well. 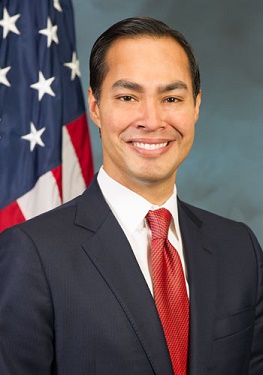 The current Secretary of Housing and Urban Development and former Mayor of San Antonio will be 46 on November 3, 2020.  Prior to serving as Mayor, Castro served in San Antonio’s City Council, which was the height of his experience.  Sadly, being in the middle of a large red state, he has been rather limited with how much further he could go to increase his national profile.  Senate or Governor would be unlikely.  His prominent role at the 2012 Democratic Convention and appointment to HUD was mostly due to these reasons, to give him greater prominence and a greater base of experience, which he also lacked.  That said, as a Latino male, he will have an audience and being a Democrat in a deep red state, you have to know how to talk to voters outside of your base.  That is a quality that could do him well. 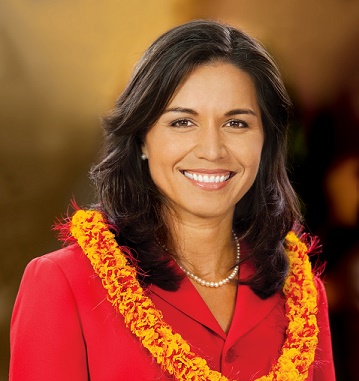 The current Representative of Hawaii’s 2nd Congressional District, Tulsi Gabbard has an extremely impressive resume.  Born in Samoa, she became Hawaii’s youngest state elected official before volunteering to serve in Iraq in 2004.  After returning from her second tour, she served in Honolulu’s City Council until 2014 when she ran and won her House seat in a major upset.  At just 35 years old(39 in 2020), thoroughly accomplished, and(keeping it honest) epicly beautiful, she was clearly a rising star in the Democratic Party, being named as a Vice Chair in 2015.  Most notable is the recent attention she received resigning her post and endorsing Bernie Sanders in the 2016 Democratic Primary.  In doing such, she has earned the support from the Bernie Sanders base of the Democratic Party, which could also hurt her due to her lukewarm support of Hillary Clinton in the General Election.  Also not to mention, as a Congresswoman, if she is to run for President, she would run the risk of losing her seat as an elected official completely. 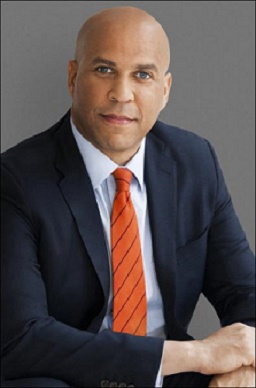 Turning 51 in 2020, the Junior Senator from New Jersey has been one of the most high profile senators in U.S. Senate since his election in 2014 and even before that point.  Profiled in the Oscar-nominated Documentary “Street Fight”, Cory Booker rose up through Newark’s political machine and became the city’s Mayor.  A young black elected official that was easily as magnetic as the then State Senator, Barack Obama, Cory Booker was on a path just as large.  A gifted speaker that could naturally connect to anyone, it was only a matter of time before he was on the national stage.  However, being the type that campaigned in Newark and the state as a reformer, he rustled some feathers with teacher unions and with comments he made critical of the President’s 2012 campaign.  He’s also been seen as a “neoliberal” or more fiscally conservative and more business friendly, which might bother some on the hard left.  Not to mention, like Gabbard, his term in the Senate ends in 2020 and he’ll have to decide whether running for President is worth not being in office at all. 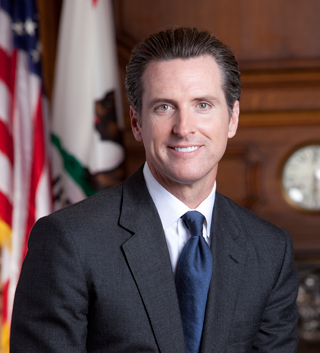 Of all the potential candidates being given the earliest of early considerations for being a possible Democratic Nominee few are talking about Gavin Newsom.  Turning 53 three weeks before November 3, 2020, Gavin Newsom is in his second term as the Lieutenant Governor of California, the nation’s largest state and largest economy.  The former two-term Mayor of San Francisco, Newsom has garnered as much media attention as any local or state level politician has, particularly from the liberal media.  Deeply progressive and boldly supportive of issues like marijuana legalization, LGBT rights and immigration reform that define his hometown of San Francisco, Newsom might have avoided notice as a potential candidate being just the Lieutenant Governor, but early last year he opened a campaign account to succeed Jerry Brown as the next Governor of the state in 2018.  Of course being someone of his profile is not without controversy.  He was once married to Fox News’ Kimberly Guilfoyle and was also revealed to have had an affair with the wife of his then campaign manager, which lead to his treatment of alcoholism as well.  Though it did impact his reputation, he has since recovered and has continued on a path that many are beginning to recognize might be bigger than just California.  He was successful in business, unapologetically liberal, never lost an election and soon to be the most powerful man in the largest state in America.  It will be hard to deny that Gavin Newsom can very possibly be the next Democratic Nominee for President of the United States in 2020.

So there you have it.  An early “Power Ranking” of possible candidates who could win in 2020 and restore balance to humanity.  Naturally, second-guessers will come along with additional names like Kamala Harris, Amy Klobuchar, Andrew Cuomo, John Bel Edwards and a few others.  While I might have given a few such names consideration, for the reasons stated above, those top five stand the BEST chance.  So with 2017 coming up and three full years of campaigning to go along with it, let’s see which of these names will breakout and be ready to lead and have the best vision for the Democratic Party in 2020.