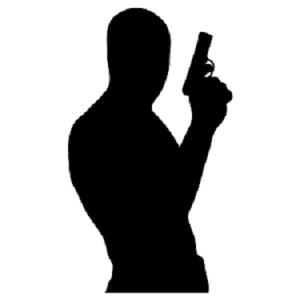 It is now 2017.  We are 17 years in to the 21st Century.  Ten centuries prior, almost an entire millennia ago, we saw the first recorded use of gunpowder to deliver a projectile with the specific intent to kill.  Ostensibly, before being used to propel what was known as “fire arrows”, gunpowder was also called “fire medicine” due to it’s medicinal use by the Chinese trying to achieve immortality.  Yes, the gun was invented during the search for eternal life, which has now granted humanity the gift of instant death.

We are not even a full week into 2017 where the breaking news has reported a gunman, traveling from Alaska to Fort Lauderdale, who retrieved his legally obtained and checked weapon from baggage claim and commenced an assault on travelers at Hollywood International Airport, killing five and wounding eight others.   Sadly, while many will remember this attack is in the same state that we saw 2016’s massacre of 49 at Orlando’s Pulse night club, this actually is the same metropolitan area that sees gun violence on a nightly basis.  Just a quick search of the local news in the Fort Lauderdale area over the last week will show over a dozen cases where someone has been victimized by gun violence, including the elderly, a pregnant woman and a child under the age of 10.  While tragic, Esteban Santiago’s rampage in Fort Lauderdale is just the latest of a long line of very public and prolific shootings in a country that has become prone to ignore what is now routine.

Broward County is not alone.  Gun violence affects practically every major metropolitan area in the country.  As I live and breath, I can guarantee you that the very night you read this or the night prior, someone within your daily driving commute has come face-to-barrel with a gun and has had their lives or their families lives changed forever.  In the time it takes you to read this, another American will have been shot by a gun.  By the end of the hour, an American child will be shot by a gun.  Combined with the one shot at the beginning of the hour, 17,000 children are shot on a yearly basis in America.  If an American woman dies unnaturally, it is more likely than not that she was shot to death by a man she knew, and that’s more likely than not to be by an intimate or domestic partner.

Make no mistake about it:  America has a gun problem.

It is a plague on American life no different than cancer or influenza, but only more efficient.  And while gun violence is as cherished of an American tradition as popping fireworks on Independence Day, our unwillingness to deal with the problem is not.  Very early in our nation’s history, America has prohibited certain individuals from owning firearms, African Americans, Native Americans and women among them.  Throughout the 1800’s when American life was thought to be at it’s gravest threat in the “Wild West”, frontier towns experiencing rashes of gun violence typically passed laws to ban any firearm within town borders.  As a matter of fact, the most notorious shootout in the Old West and probably in American history, the “Gun Fight at the O.K. Corral” happened because Wyatt Earp and his brother tried to enforce Tombstone’s ordinance prohibiting the carrying of firearms within city limits.

As the west tamed, gun violence would again become a plague on American life, this time in urban cities in the early 1900’s with the rise of organized crime and machine gun carrying gangsters like Bonnie and Clyde, John Dillinger and Baby Face Nelson.  It took a deadly and brazen massacre by crime boss Al Capone for the nation to take notice and pass the National Firearms Act of 1934, which put limits on the types of weaponry that could be sold in America.  A few decades later, after the public assassinations of John and Robert Kennedy and Martin Luther King, the Gun Control Act of 1968 was passed, limiting who could sell firearms.  And a few decades after that, when a gunman shot President reagan and Press Secretary James Brady, this spurred the Brady Bill in 1993, which mandated background checks for individuals purchasing firearms.

Every time in America history gun violence has impacted American life, our lawmakers have reacted.  Until now.  The last update to our firearm laws was an amendment that banned individuals convicted of domestic violence from buying or owning firearms.  That was twenty years ago.  Since then, the debate over Gun Control has only intensified, most notably due to the mass murder of 23 children in Connecticut and the aforementioned murder of 49 Americans in Orlando among dozens of other high-profile massacres committed with firearms.  The Fort Lauderdale Airport shooting is only the latest salvo.  Sadly it will not be the last.

What gives our nation the most resistance is the profound and intense ignorance of our gun laws that give cover to a congress more concerned with political ramifications than they are with common sense, human decency and the will of the American people.  Gun rights advocates are willing to believe that criminals will obtain guns no matter the restrictions, so passing any restrictions would only hurt “law abiding” citizens.  Although this logic ignores several facts like these laws are not simply for prevention, but for punishment as well, but they also ignore the fact that guns do not appear out of nowhere.  This isn’t a video game where a criminal just punches in a cheat code to get any gun he wants.  Nor is it the Matrix where they just dial a number and an aisle of guns show up for their choosing.  They get their gun from private sellers without a background check or stolen from irresponsible “law abiding” citizens with very little consequential redress.

The unfortunate perception that has become a political reality being fed to gun advocates by an agenda driven lobby is that the government is trying to universally disarm all Americans leaving them vulnerable to criminals and the government alike.  Nevermind the fact there is nothing a .38 Special can do to stop what the U.S. military has at it’s disposal, there is no rational basis for this belief.  Even if it were practical, which it isn’t.  However, this has lead us to an environment where the very perception of “Gun Control” is interpreted as absolute disarmament.  It is this ignorance, that there isn’t EVERY reason and very real and historical precedent to prevent certain individuals from obtaining firearms, it is impractical and impossible to cure this plague upon our nation until we’re able to recognize we are indeed at risk and have every reason to do something about it.  And all it takes is the political will that has gripped our federal government in standstill.

Even the most stringent gun advocate, who may think every American should be issued a side arm at birth will probably tell you that it’s probably not a good idea to let unrepentant murderers obtain guns.  They would also be comfortable with extending such restrictions to terrorist, non-citizens and those considered mentally ill or mentally dependent.  The latter of which often bears the brunt of the blame of gun violence in America.  However, while that might be a reason for mass murderers, it does nothing to address what happens on a nightly basis in American cities.  Of course you would not only have to believe America has more mentally ill than any other 1st world nation, but you would also have to wonder why those same advocates continuously try to cut social services, health services and repeal healthcare laws that assist those individuals, but that’s another story.

In any normal pretense, if you are ill, you take medicine to make yourself better.  However if you are ill and are unwilling to even admit to there being an illness, you cause yourself more pain.  As a nation, we are causing ourselves more pain by not addressing this illness.  If Chinese alchemist from a thousand years ago thought to use gunpowder for purification purposes, in 2017, we have to begin to purify our society.  We must recognize that we are ill and work towards getting better.  The sad truth of the matter is our attention is easily diverted elsewhere.  We see as the weeks and months past, terrorist attacks in Iraq, Syria, Turkey and recently Germany and France, have plagued these nation.  And each time we see these attacks, our resolve to combat terror and extremism grows stronger.  But yet, our lawmakers refuse to lift a finger to combat gun violence, which effectively turns certain American cities to comparable warzones.  If we can recognize what plagues their nations and act accordingly, why do we refuse to see what has infected our own?